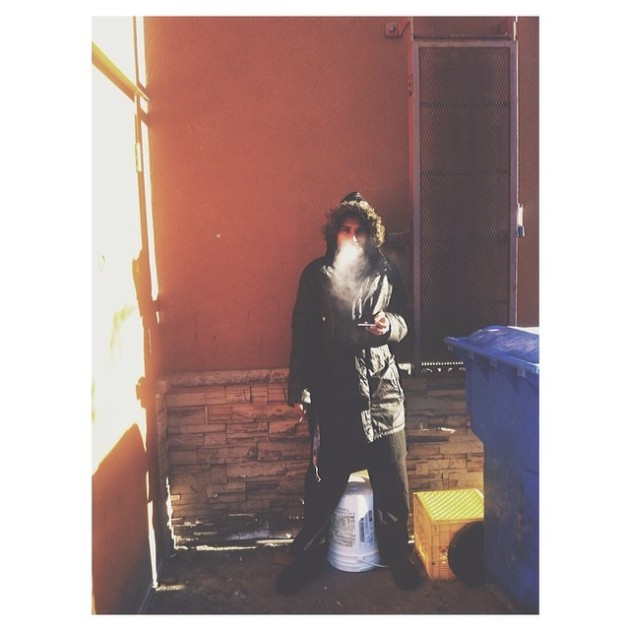 I like to think, that what if, the entire earth were to stop moving just for a moment. – How it would appreciate itself. How it could imagine, it could dream, it could wonder. It would pause in aw of itself, in amazement of its glory.

This is a photo I took of a co-worker taking a smoke break. – I don’t smoke, but I do like to hang out with those who do. Just in general like having conversations with people who are mellowed out by nicotine.

2 thoughts on “If the earth stood still just for a moment.”