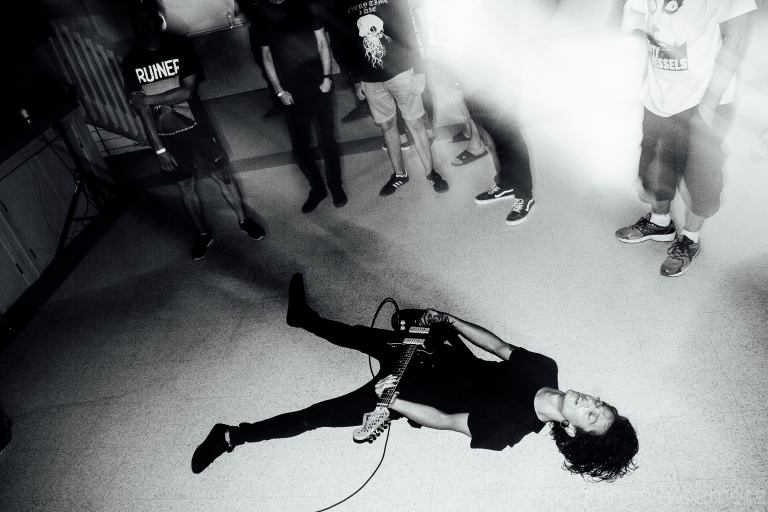 After jumping off the stage at the end of his set… Marcel, Lead vocals and guitar of band called Die Hexe , announced to the audience that he thought he broke his ankle.

For the rest of the show, he was be asked probably around 100 times.. if it was broken..

no word yet from the doctor whether or not it is actually broken.. but pretty punk rock regardless of the outcome.